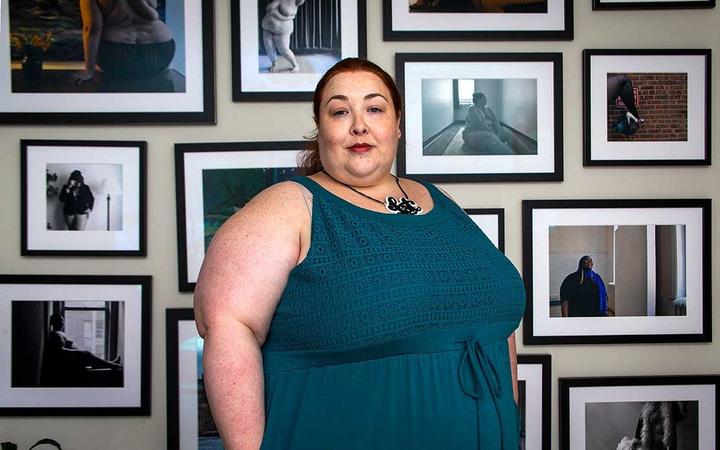 In a YouTube video watched more than a million times, Crowder pours scorn on Pausé’s work and her field of study.

Pausé, who died aged 42 of medical causes 10 days ago, was a fat studies scholar at Massey University in Palmerston North.

Her research and activism attracted controversy and sometimes vitriol.

Shortly before she died Crowder, an American comedian, actor and former Fox News commentator, posted a video to his YouTube page where he, in his words, infiltrates a 2020 fat studies conference hosted by Massey.

Posing as a gender-queer scholar and fat pride activist with a made-up name, Crowder wrote a bogus paper and was accepted to the conference, held online, as a speaker.

A presentation about the paper included false stories of sexual assault.

At the end of his video, Crowder said being accepted without question showed the idiocy of the field.

Comments below the video on YouTube are heavily critical of Cat Pausé and that has continued after news of her death.

Warren said her Twitter post about her friend’s death attracted only supportive comments, but that was not the case when public figures such as MP Deborah Russell and microbiologist Siouxsie Wiles posted to the platform.

Warren and Pausé had held discussions with Massey about how institutions could better protect academics from online abuse.

It was an issue institutions had to grapple with, because they encouraged academics to use social media to promote their research, yet had social media policies focusing on the conduct of their staff.

Pausé had been a fat activist and scholar for years an was comfortable with who she was, so that might have enabled her to develop resilience to the online hatred, Warren said.

“A lot of people who knew Cat went offline for two or three days because immediately after her death they had to see awful comments written about their friend.”

Massey University said nobody was available to be interviewed by RNZ.

In a statement it said it was unable to comment about issues raised by the video or the email, saying only that Pausé was a valued staff member, and offering condolences.

She was also a prominent commentator in the press, raising issues such as the need for longer needles for when larger people had Covid-19 vaccines.

Netsafe director of technology and partnerships Sean Lyons said online attacks of someone who had died were an injustice for their friends and family.

“I’d really encourage, recognising that this is a hard step for a family that’s grieving like this one, to find some way of reporting that content, find a family friend or someone that can do that on your behalf and report that content to us.”

Lyons said in many cases derogatory comments could be breaking the rules of websites and social media platforms.

Pausé, originally from the United States, was farewelled at a funeral in Palmerston North on Friday.

The Russians and Ukrainians who still work together online from both sides of the...

Can I vote online in the 2022 federal election?