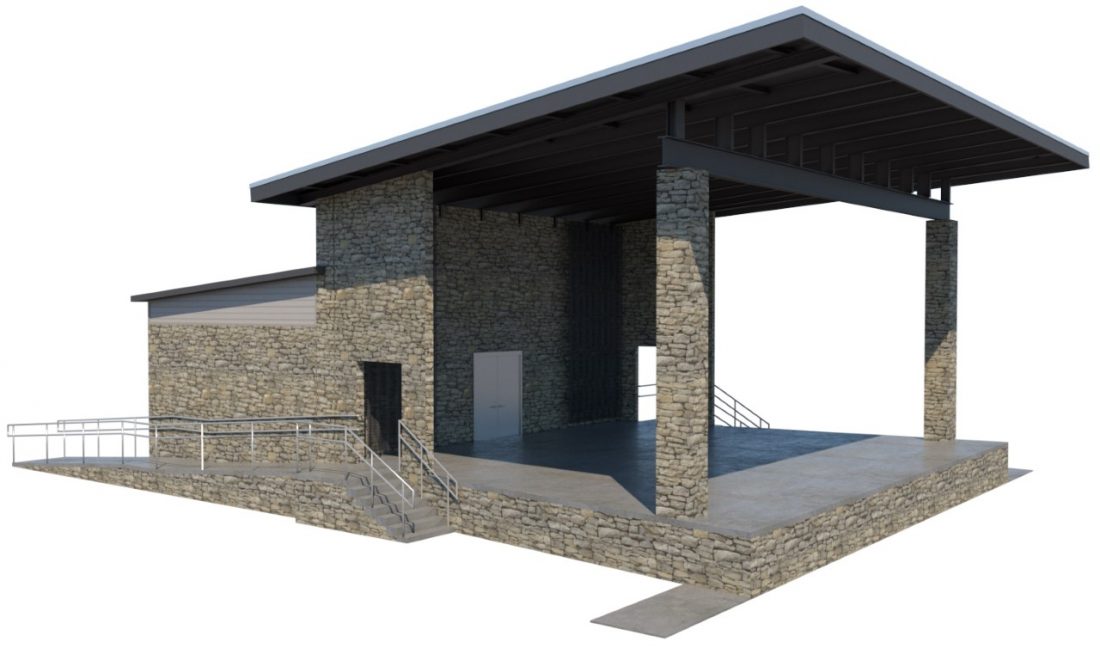 Contributed
READY TO BUILD — Border Patrol was announced as the low bidder to construct a new stage at Sally Buffalo Park during a recent Cadiz Village Council meeting.

CADIZ — Work on a new stage for Cadiz’s Sally Buffalo Park was authorized on Thursday.

The stage, which has been in the planning phase for a few years, finally received a bid that fits its budget, Mark Puskarich told Cadiz Village Council.

Puskarich is co-founder of Blues for a Cure, an annual concert held at the village-owned park to raise money to fight cancer.

Last month several bids came in well over what his group was willing to spend. But after another round of bidding, Border Patrol Construction, with offices in Richmond and Hopedale, won the job with a low base bid of $317,783. Another $18,605 for stairs and an additional $2,465 for a speaker platform brought the total bid to $338,853.

“We’ve got sufficient pledges and money coming in to cover that, so we feel like we’ve got an opportunity to move forward here with a number of these,” Puskarich said.

He said he also heard favorable reviews on Border Patrol from Harrison Hills City School District officials. The company is doing work on the park baseball field, which the school is in the midst of purchasing from the village. Puskarich pointed out that Border Patrol is already working in that park with equipment near the site.

Council members voted unanimously to approve the base bid. If all goes well with soil samples and foundation work, they said they would then go ahead and approve the two additional bids. Puskarich had no starting date for construction but said he would be inquiring about.

“I’m glad we kind of crossed a major hurdle here,” Puskarich said, then touched on what is involved in the first phase of work, which includes the structure, stage, roof, the pillars and Americans with Disabilities Act-compliant ramps and steps. The backstage would come with the second phase, including restrooms, “as we get more money to come in.”

Puskarich later said the stage would make it possible to attract more of an audience for the concert to grow. He said it might also help pull in a big-name performer. He has reached out to Shawn Pennington, former owner of the Deersville General Store and musician turned businessman in the Nashville music scene. He’s also reached out to Chris Dutton of Blame My Roots country music festival in hopes of working with those contacts to pull in some bigger names. Puskarich said he also wants to have concerts throughout the summer, such as a free Thursday night concert much like Steubenville hosts with its summer series of concerts.

“Thank you, Mark. I don’t know what we would have done without you,” Mayor John Migliore said after council authorized the work.

Malaysian looking for work in Manila gets kidnapped instead, manages to escape