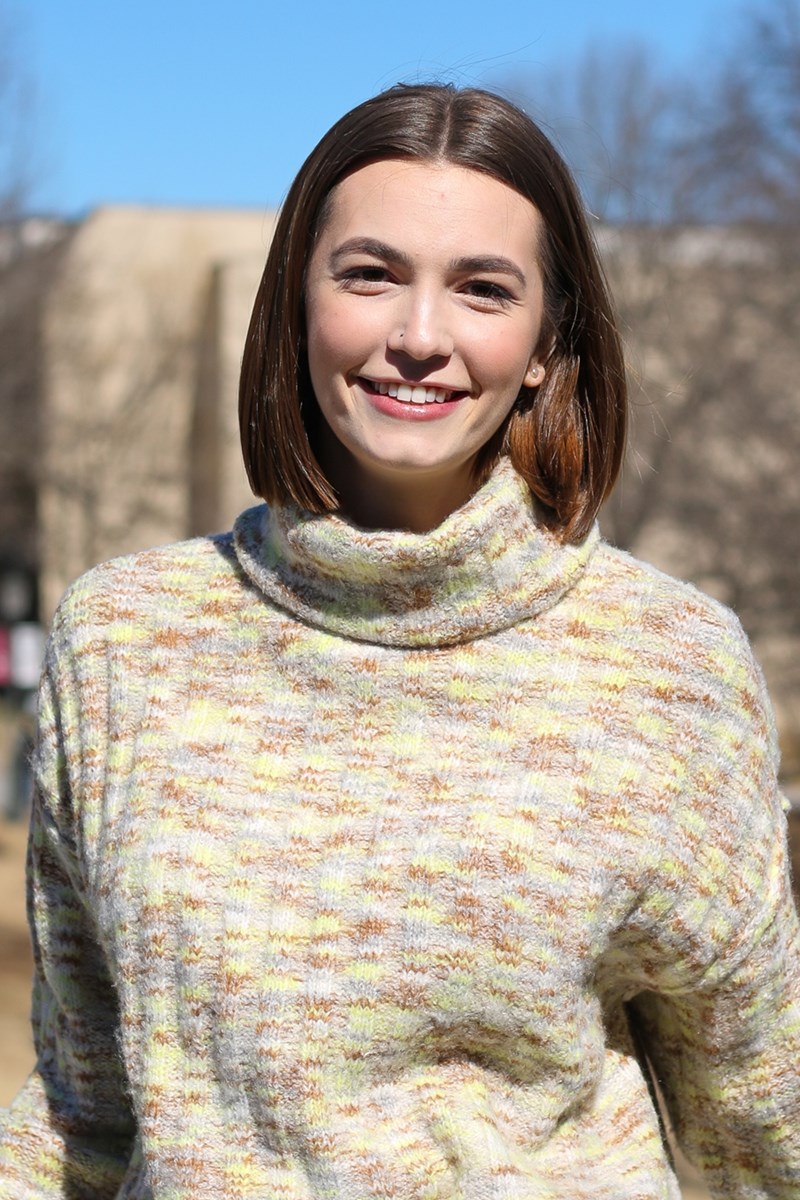 U of A senior Sarah Komar

U of A senior Sarah Komar begins an internship next month at The New York Times as part of the prestigious Dow Jones News Fund program.

Komar, editor of student newspaper The Arkansas Traveler for the past year, is one of four students headed to the Times as part of a national multiplatform editing program.

In all, 107 college students received positions in 77 newsrooms around the country through the Dow Jones News Fund, which provides training in business and data reporting, digital media and editing, followed by paid internships. This is Komar’s second year in the program. She spent last summer working remotely for The Arizona Republic. The New York Times’ position is in person.

“Sarah’s second selection in this nationally competitive program illustrates that the School of Journalism and Strategic Media is preparing students to succeed,” said Gina Shelton, who oversees the school’s internship program. “Sarah is a talented reporter, editor and newsroom leader.”

Komar, of Kansas City, Missouri, said she changed her major to journalism and found a supportive faculty.

“It’s been nice to work with so many great professors. They’ve all offered something that you take away, something specific that sticks with you, something that makes you a better journalist,” she said.

Komar will be the last Traveler editor to be mentored by professor Gerald Jordan. The longtime student newspaper adviser retires this month. Komar said Jordan “emphasized humanity and not just success.”

The Traveler was recognized in April by the Society of Professional Journalists as the best large student newspaper in Region 12, which includes Arkansas, Louisiana, Mississippi and Tennessee. The newspaper will now compete for a national award.

Komar said she looks forward to representing the U of A in New York.

“Historically, big newspapers like the Times and the Washington Post have recruited almost exclusively from Ivy League and other high-caliber East Coast journalism schools,” Komar said. “I’m really proud to represent what the University of Arkansas and the South in general have to offer.”