OneZoom is a one-stop site for exploring all life on Earth, its evolutionary history, and how much of it is threatened with extinction.

The OneZoom explorer – available at onezoom.org – maps the connections between 2.2 million living species, the closest thing yet to a single view of all species known to science.

We have worked hard to make the tree easy to explore for everyone, and we also hope to send a powerful message: that much of our biodiversity is under threat. Dr James Rosindell

The interactive tree of life allows users to zoom in to any species and explore its relationships with others, in a seamless visualisation on a single web page. The explorer also includes images of over 85,000 species, plus, where known, their vulnerability to extinction.

OneZoom was developed by Imperial College London biodiversity researcher Dr James Rosindell and University of Oxford evolutionary biologist Dr Yan Wong. In a paper published today in Methods in Ecology and Evolution, Drs Wong and Rosindell present the result of over ten years of work, gradually creating what they regard as “the Google Earth of biology”.

Dr Wong, from the Big Data Institute at the University of Oxford, said: “By developing new algorithms for visualisation and data processing, and combining them with ‘big data’ gathered from multiple sources, we’ve created something beautiful. It allows people to find their favourite living things, be they golden moles or giant sequoias, and see how evolutionary history connects them together to create a giant tree of all life on Earth.”

Dr Rosindell, from the Department of Life Sciences at Imperial, said: “We have worked hard to make the tree easy to explore for everyone, and we also hope to send a powerful message: that much of our biodiversity is under threat.” 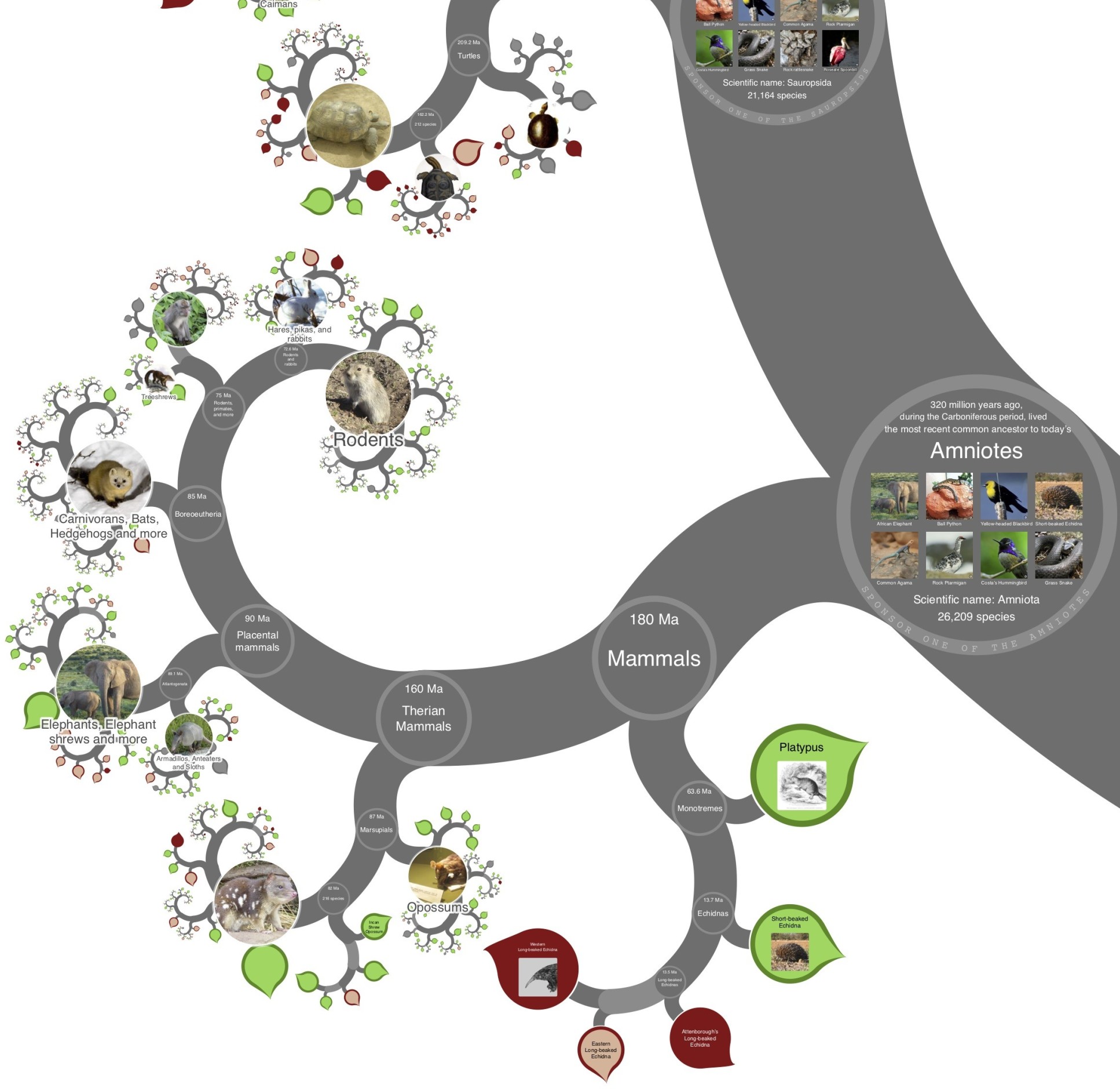 The ‘leaves’ representing each species on the tree are colour coded depending on their risk of extinction: green for not threatened, red for threatened, and black for recently extinct. However, most of the leaves on the tree are grey, meaning they have not been evaluated, or scientists don’t have enough data to know their extinction risk. Even among the species described by science, only a tiny fraction have been studied or have a known risk of extinction.

Dr Wong added: “It’s extraordinary how much research there is still to be done. Building the OneZoom tree of life was only possible through sophisticated methods to gather and combine existing data – it would have been impossible to curate all this by hand.”

The OneZoom explorer is configured to work with touchscreens, and the developers have made the software free to download and use by educational organisations such as museums and zoos.

Dr Rosindell commented: “Two million species can feel like a number too big to visualise, and no museum or zoo can hold all of them! But our tool can help represent all Earth’s species and allow visitors to connect with their plight. We hope that now this project is complete and available, many venues will be interested in using it to complement their existing displays.”

As a festive treat, the team zoom in to the Christmas tree worm

Drs Rosindell and Wong have also set up a OneZoom charity with the aim of using their tree of life to “advance the education of the public in the subjects of evolution, biodiversity and conservation of the variety of life on Earth.”

Uniquely, to support this charity, each leaf on the tree is available for sponsorship, allowing anyone to ‘adopt’ a species and enabling OneZoom to continue their mission. More than 800 leaves have currently been sponsored by individuals and selected organisations, many with personal messages of how they feel connected to the conservation of nature.

Tour the tree of life

The team have also integrated the tree with data from the Wikipedia project to reveal the ‘popularity’ of every species, based on how often their Wikipedia page is viewed. Dr Wong said: “Perhaps unsurprisingly, humans come out on top, but it has swapped places a few times with the second most popular: the grey wolf – the ‘species’ that includes all domestic dogs.” 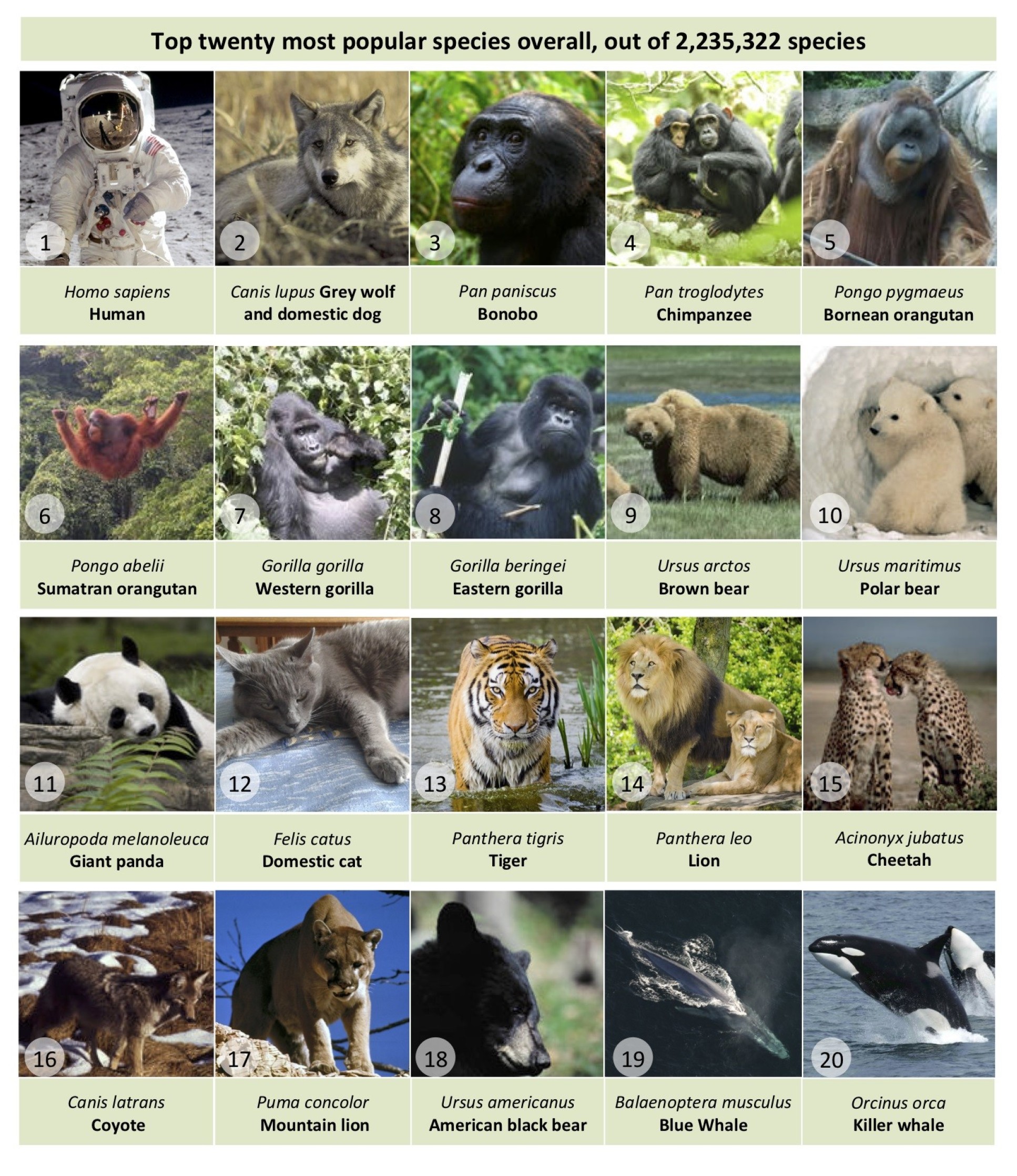 In the plant world, cannabis comes out on top, followed by cabbage, the potato, and the coconut. The most popular ray-finned fishes are sport fishing species, particularly salmon and trout. 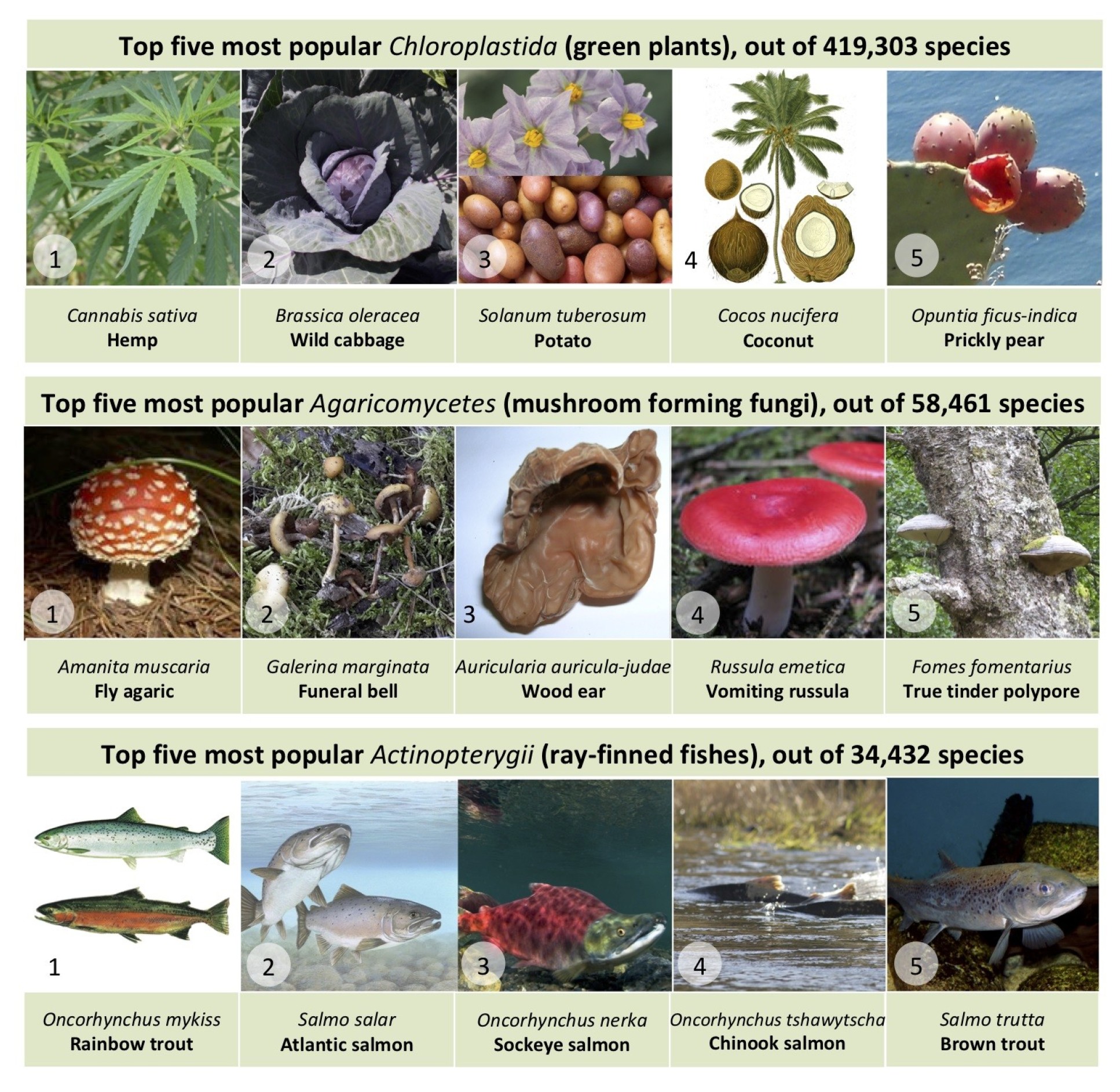 Now the tree is complete, the team hope to create bespoke ‘tours’ and experiences of species connected in imaginative new ways – such as tours of iridescent animals, medicinal plants, or even species named after celebrities. They have created a special screen capture tool for easy saving and sharing of user-generated tours.

Dr Rosindell said: “With OneZoom, we hope to give people a completely new way to appreciate evolutionary history and the vastness of life on Earth in all its beauty.”

‘Dynamic visualisation of million-tip trees: The OneZoom project’ by Yan Wong and James Rosindell is published in Methods in Ecology and Evolution.

Lost smartphone? Here’s what to do: Talking Tech podcast