By Dan Avery For Dailymail.com

WhatsApp is working on a feature that will provide written transcriptions of incoming voice messages.

WABetaInfo posted screenshots of the alleged Transcribe feature, which includes disclaimers it is optional and users have to give permission for the app to access their phone’s speech recognition software.

The new feature raises questions about privacy, as calls will be sent to Apple for transcription and to help Apple ‘improve its speech recognition technology.’

WhatsApp says the calls will remain protected by end-to-end encryption because they ‘won’t be directly linked to your identity’.

Previously, WhatsApp users had to rely on third-party apps to get transcriptions.

Scroll down for video 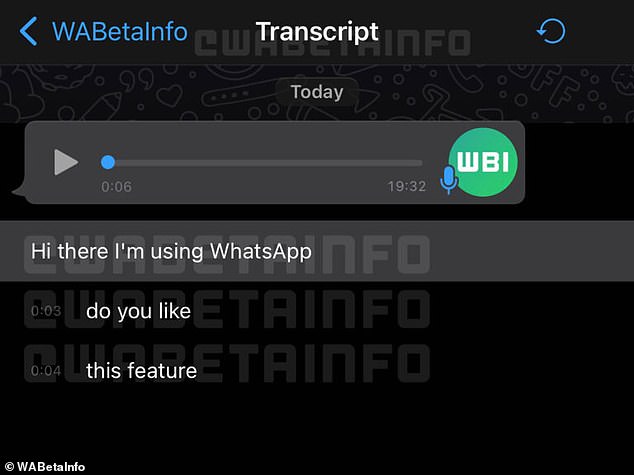 The WhatsApp info site WABetaInfo shares images of a new voice message transcription feature coming to the popular messaging app. The service is currently being developed for iOS but there’s no predicted launch date

After accepting the feature, users open a new ‘Transcript’ section and can jump to various timestamps to read the associated message:

After a message is transcribed for the first time, it’s be saved in the WhatsApp database, so it won’t have to be transcribed again.

The feature is ‘under development’ on WhatsApp for iOS, the site says, with no word on when or if it’ll come to Android.

A WhatsApp spokesperson confirmed with DailyMail.com that the company was ‘in the very early stages of designing and prototyping voice message transcription.’ 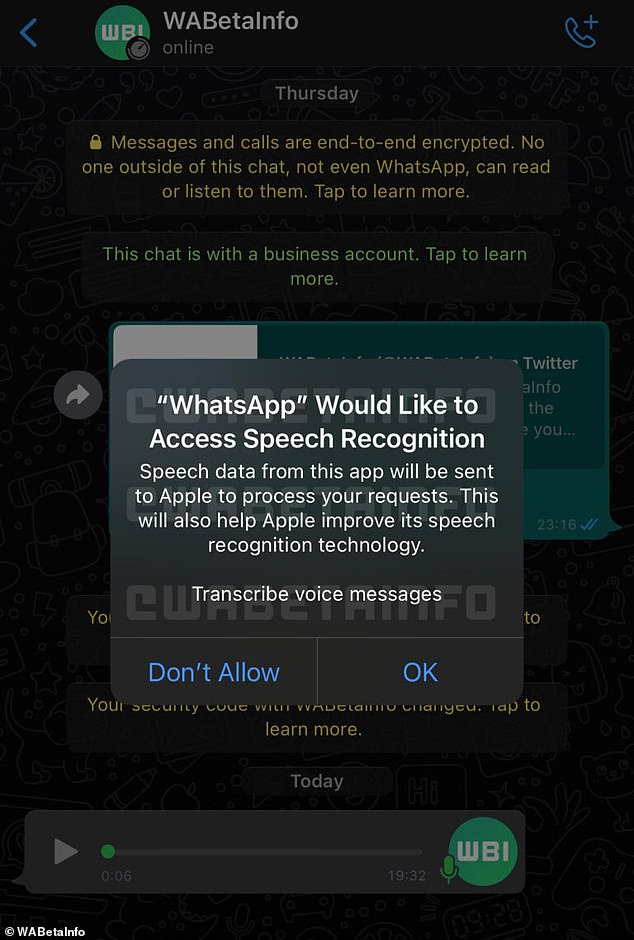 According to popup notifications on the screenshot, users messages will go to Apple for transcription, which will also use them to ‘to improve its speech recognition technology.’ The contents of the calls are safe, the company insists, because ‘it won’t be directly linked to your identity.’

‘We’re a long way from being able to offer this feature but if we do roll it out, it will be protected by end-to-end encryption,’ the rep added.

WhatsApp has been hard at work on time-saving services for the ‘Too Long Didn’t Read’ (TLDR) set In June, the company launched Fast Playback – a new feature that lets users increase the playback speed of audio messages if they’re in a rush.

Fast Playback, released globally for on Android and iOS, lets users change from the default 1x playback setting to 1.5x speed or even 2x speed.

When users receive an audio message, they just need to tap where it says ‘1x’ to increase to 1.5x speed and tap again to bump this to 2x speed.

Fast Playback speeds up the audio without changing the pitch of the sender’s voice, meaning they won’t sound as if they’ve just inhaled a balloon full of helium.

Senders can also choose to hear themselves in 1.5x or 2x speed after they’ve sent their message.

For senders and receivers alike[, the option to speed up the message will appear only when they’ve pressed play. 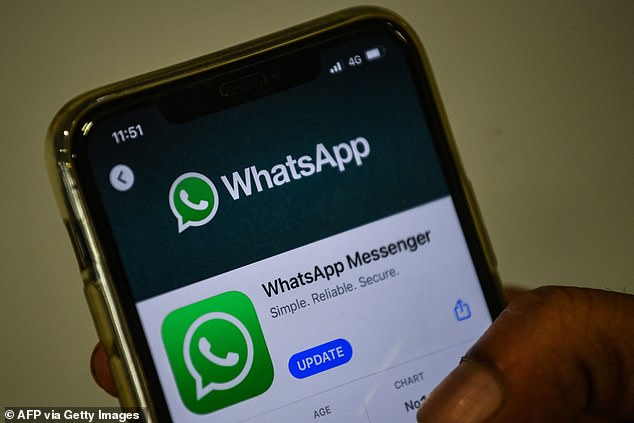 Fast Playback, released globally for on Android and iOS in June, lets users change from the default 1x playback setting to 1.5x speed or even 2x speed.

WhatsApp said the feature will help save users time – especially considering audio messages on the platform can last more than an hour.

‘These days we need all the time-saving tips and tricks we can find,’ a WhatsApp spokesperson said in a statement. ‘Voice messages on WhatsApp are a particularly useful tool for people short on time, who are multitasking, or who have friends and family in different time zones.

WhatsApp began rolling out voice calls for its mobile app in 2015 and video calls the following year. In March 2021 it rolled out the feature for the desktop version of its chat platform on Windows PCs and Apple Macs.

Social distancing and lockdowns have seen huge increases in WhatsApp audio calls: On New Year’s Eve 2020, WhatsApp registered the most calls ever in a single day: 1.4 billion on voice and video.

Care home worker watched videos of women having sex with animals while he was...

Brains and heart win over muscle in the future of work