A poster created by 4h Class pupils from Gaelscoil Dhún Dealgan, Muirtheimhne Mór showcasing the Global Goals in Irish has been selected to feature in the online magazine which is available at www.ourworldirishaidawards.ie. 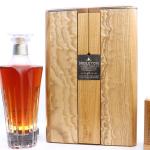 “It is wonderful to see so many primary school pupils in Louth and right across Ireland take part in this year’s Our World Irish Aid Awards, lending their voices and perspectives to the work being carried out to tackle the big issues facing the world such as climate change and the pandemic.

“The level of commitment to playing a part in making our planet a better home for all shines through in all the submissions, so much so that it is clear that Ireland’s reputation for putting its shoulder to the wheel when it comes to making a positive difference to the lives of those less fortunate than ourselves is safe in the hands of the next generation.”

Gaelscoil Dhún Dealgan will compete for a place at the National Final Ceremony and inclusion in a special edition printed annual magazine which will be distributed nationwide.

Submissions are still being accepted with the final date for entries being Friday 8th April 2022.  Schools are invited to communicate their ideas and understanding of the issues in writing, song, film, artwork or other medium of their choosing.

Kabaka Pyramid on a mission to ‘Make Things Work’

New P&O crews drafted in from Eastern Europe are being paid just ‘£2.60 an...